How Long Does It Take To Rank Non Branded Keywords For A New Website On Google? [SEO Case Study] 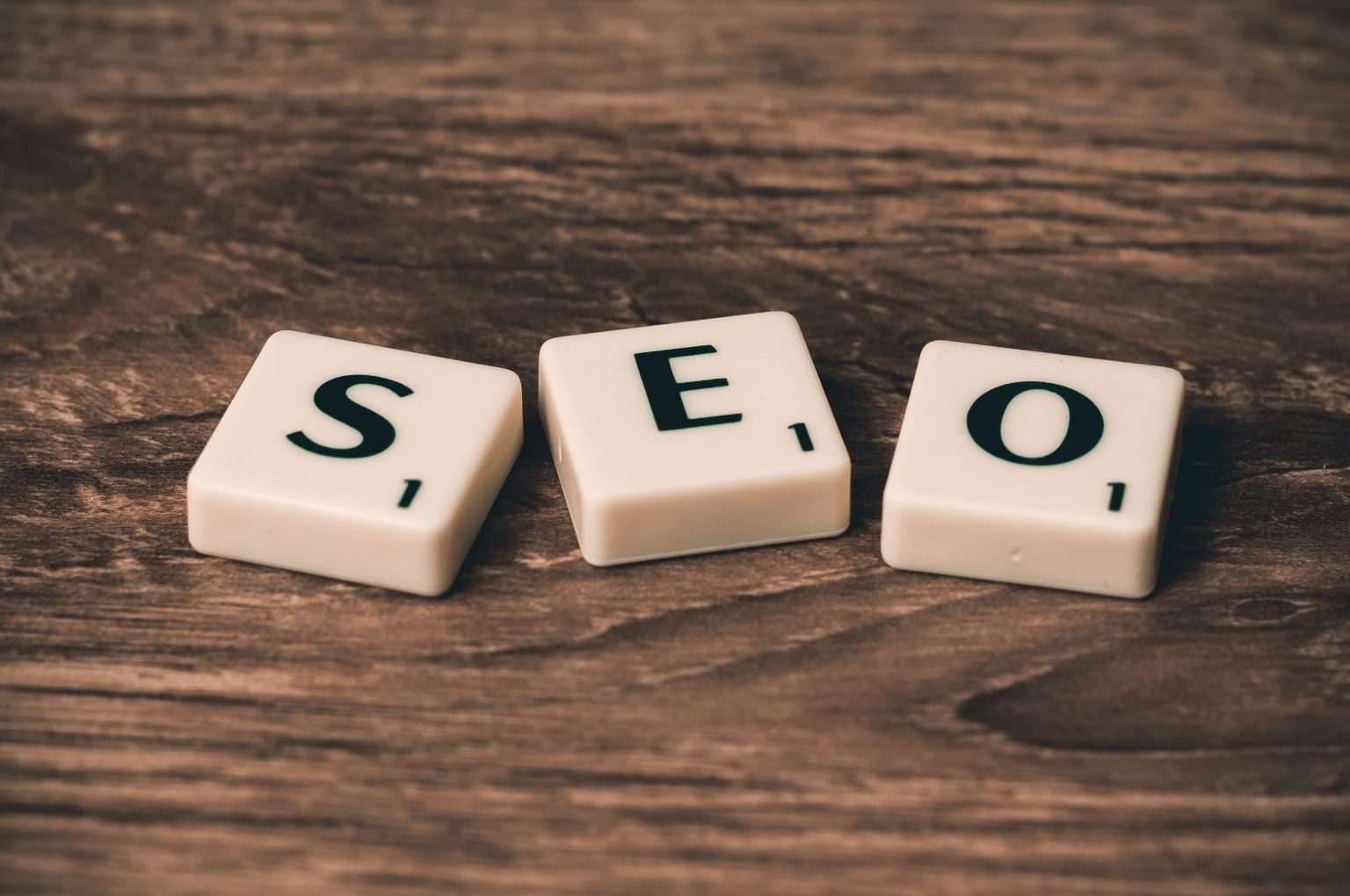 In my first post I’ve exemplified the rise and fall of Archie, the first ever search engine launched in 1990. At one point Archie was hitting its peak in 1995 where it was indexing over millions of pages from public FTP servers across the world. Owing to this proven demand on internet based search it had inspired the invention of search engine 2.0, the first qualitative search engine – Rankdex was invented by Robin Li (YanHong) in 1996 when he was working as an software engineer in IDD Information Services. Some little-known facts, Rankdex filed patent application in 1997, but before the patent was granted in 1999 Google managed to materialize this idea on their Google Search Engine invention and launched Google in 1998 that took over the world with 80% search market share ever since. Google had subsequently published the reference of Rankdex in their patent document here.

So the backbone of Google’s fundamental success was this qualitative ranking algorithm, that is built on the foundation of using inbound links, a.k.a backlink from trusted sources to measure the quality of a website for ranking purposes. As of 2013 it was reported that Google had indexed over 130 trillion pages across the web, with these sheer amount of indexed pages we have also learned that there are less than 1% of Google searchers will click on results that appear from second page onward. Now the million dollar question that come up intrinsically, of every marketers’ quest of achieving online branding success – is how long does it takes for a total brand new website to emerge from the sea of Google search results? Especially when the goal is to rank for the website’s non-branded keywords? On the other hand for a branded keyword that is uniquely crafted or rather uncommon – for example the brand of the website, it is hands down the top position in ranking when the user search for its branded keyword ‘Adventoro’. While there are about 20 thousands search results in competition, the accuracy in keyword match gave the upper-hand for Adventoro domain to rank at the top position.

Hence in this case study we will focus primarily on how a brand new website’s sitewide non-branded keywords achieved 70% ranking improvements, from the very beginning since the website was launched and follow by the optimization activities that brings direct and indirect rank boosting effect on this brand new website. Ever since the website was launched and indexed in January 2019, it has been receiving backlinks from external websites without creating new contents to drive backlink traffic to it. We can see that the overall ranking for non-branded keywords (hence the exclusion of ‘Fittripper’ from search query) have been erratic and was hitting the lowest rank at 84th position in March 2019, and subsequently climbed up steadily from April onward and settled at 62th position in June 2019.

To examine why was the ranking only started to climb up from April, let’s compare the difference of  backlink sources between these 2 periods.

In a closer look by filtering out backlink with ‘nofollow’ tag, we learned that these backlink domains have relatively high Domain Authority hence should be making positive impact on improving the ranking. However the traffic volume were too insignificant that it might not be effective for passing link juice. To further validate this correlation let’s look at the backlink sources for the following 3 months.

As a comparison, the traffic had tripled and it has been gaining new external website sources that are also with high Domain Authority. Besides the boost in traffic quantity & number of domains, one apparent difference that also explained the positive impacts during these 3 months were the backlink from relevant sources, i.e. lonelyplanet.com & cascadeclubandspa.com. These 2 domains are highly relevant to this new website niche since it is a gym marketplace that aggregate short term gym passes in most visited cities.

1. New backlink pages for ‘gyms in Bali’ on relevant domains

In the following 6 months we’ve further optimized backlink building strategy, specifically aiming to improve ranking for ‘gyms in Bali’ keyword. We’ve been collaborating with highly relevant domains to rank for this keyword, namely balipersonaltrainer.com & honeycombers.com, which each have contrasting domain authority.

Prior to these domains backlink the ranking for ‘gyms in Bali’ were at 94th position in July 2019 (note that all the branded keywords are filtered to evaluate impartial ranking performance), and in the 4th month since the backlink traffic kicking it jumped up to 73rd position in November 2019, and improved further to 71st position in December 2019.

Besides the positive impact on targeted keyword ‘gyms in Bali’, these backlinks had also improved site wide ranking generally.

As per the result shown above, the overall ranking for non-branded keywords jumped from 58th in July 2019 to 36th position in December – that’s equivalent to 38% rank boost.

2. New backlink pages for ‘gyms in Bangkok’ on relevant domains

To boost ranking for this keyword ‘gyms in Bangkok’ we had collaborated with relevant niche websites which are thaiemdbc.org (the Royal Thai embassy) & bk.asia-city.com (Bangkok lifestyle magazine), to create new content on targeted keyword or the equivalents.

The ranking performance was not progressing until April, when it started to gain decent amount of backlink traffic from bk.asia-city.com. The ranking jumped promptly from 90th to 64th the following month after the article was published in March 2020. At the point of writing this post, in this month the ranking had boosted to 52th position, which is 42% in rank boost from 90th position. On top of that, it boosted the site wide ranking of non branded keywords too – from 34th in December 2019 to 26th January.

Besides building new backlink pages from relevant domains we’ve also been getting ‘dofollow’ backlink from forum posting that helped the boost in ranking.

In this forum a guest recommended a gym in Phnom Penh and attached a hyperlink to FitTripper website, this had resulted in a boost in ranking specifically for ‘gyms in Phnom Penh’ keyword.

The ranking for ‘gyms in Phnom Penh’ boosted almost immediately in the following month and within 3 months it had gain 43% in ranking boost from 82nd to 47th position.

Over the span of 18 months, the site wide ranking for non-branded keywords have improved from 84th at its lowest point to 26th ranking as of June 2020, without creating massive new backlink pages. However we need to be mindful that the rank boosting rate varies depending on its existing ranking positions.

When the ranking were below 80th position it managed to boost on average 7.7 positions per month. Even though it merely gain ‘low-hanging baclink’ without investing total new page from external domains.

While at the ranking of <60th positions, although with more new backlinks pumping up link juice yet the rank boosting rate had diminished to almost half at 4.4 positions per month on average.

The rank boost is getting trickier when it attained  <40th positions, although at this point of time we are receiving most backlinks ever since the site was launched, the rank boosting rate could only progress at 1.6 positions per month on average.

Having said that, backlink building has been the most rewarding search engine optimization, due to the Google qualitative search engine’s ranking principle of measuring link juice from authoritative sources. It is the rule of thumb to adhere to highly relevant outreach strategy with relatively high domain authority websites in order to improve site wide ranking, although it is necessary to take on-page optimization into account as well – and that I will further elaborate in a separate post.

Let's get in touch!