Is Digitalization The Silver Bullet For Business Growth?

We’re living in the age of Digital Darwinism, where the technology and society are evolving faster than consumer brands can naturally adapt. On a global scale, we have seen the rise of billion dollars valued tech unicorns across diverse industries namely accommodation, transportation, fashion, travel, insurance, finance and even food and groceries – the most basic commodity; in Asia-Pacific, technology sector took over a quarter of the pie, dominating in the 500 high growth companies list. The commonality being the digital capabilities to aggregate existing commodities to digital platform, and went blitzscaling to monopolize respective industries that have since impacted the way we transact in our daily lives.

According to Darwin’s theory, it is not the strongest species that survives, nor the most intelligent. It is the one that is most adaptable to change that survive. Digital Darwinism phenomenon had subsequently signaled  both existing and upcoming ‘commodity producer’ to transform distribution model and started racing in the digital space too, but has digitalization really been the silver bullet to boost business growth?

Digitalization: The Enabler Or The Disruptor?

The most fundamental question to begin with, is how digitalization serve business’s purpose in the market – is digitalization a disruptor for existing market market, or an enabler for the existing demand? Disruptor, in marketing context is a disruptive innovation that creates a new market or disrupted the existing market. Back in the days there were no instant web search, borderless social interaction, nor on demand video streaming, all thanks to digitalization for being the firestarter for making these accessible at our fingertips. While we celebrate the rise of digital disruptors that have changed our lifestyle ever since, it is also worth mentioning the fall of these firestarters as well and recognize how the late comers dominated these market respectively.

In hindsight, the market leaders are not the disruptors after all. Digitalization is not necessarily a disruptive process to create a new market, but it ought to serve as an enabler that add values to existing market rather than reinventing the wheel. In other words, if the digitalization outcome of a business are not adding any values to the existing market it then will not translate to revenue producing opportunities.

Advertising budget redistribution through the past decade and beyond

When it comes to advertising channel, we have seen a paradigm shift in digitalization over the past decade as well. In the following 2 charts we will compare the contrast of compounded annual growth between overall advertising budget versus advertising budget on internet media.

Internet advertising spending in Asia Pacific from 2010 – 2022 (in billion USD)
It is indisputable that the advertising spending direction is headed in favor of digital, and it seems there’s no turning back. As a result, marketers have also shifted its ROAS faith in digital advertising, and often are blinded by the perception that digital advertising are the silver bullet for sales return. While that is not an outright misperception, as digital media has been the most measurable medium by nature, hence marketers are counting much on digital media for ROAS, which is the holy grail of advertising. However the most imperative question of it all about ROAS, is how are the  marketer define ‘return’ in the calculation.

As long as free market still prevails, consumers will remain spoilt for choices and the market forces will remain driven by consumers that fulfill their transaction demands of their own free will. Due to this nature of free market forces, marketers are constantly competing with each other throughout consumers’ purchase funnel – a marketing model that was founded by Elias St. Elmo Lewis in 1898. This universally adopted model explains each transaction go through a funnel that begins with AWARENESS, follow by INTEREST, DESIRE and lastly ACTION, where each stage are bound to encounter drop-offs before it finally attain end of the funnel. During this consumer journey it is only realistic to project attainable objective in each stage of funnel with the stimulation of advertising.
Speaking of which, we want to circle back to earlier question on how marketers define ‘return’ in advertising – what is the returns that marketers trying to achieve in each stage of purchase funnel, given that digital advertising is measurable? For example, if the purchase funnel is bound to encounter at least 20% drop-offs in each stage, what are the key metrics to measure at AWARENESS stage as a goal, to anticipate 80% of your potential customer advance to INTEREST stage? Subsequently, what are the goals to anticipate in each following stages to complete the purchase funnel?
In a recent research conducted by Linkedin Marketing Solutions in June 2019, over 4000 global digital marketers being surveyed and 70% claim to be measuring ROI. However it was found that they are not confident with the measurement because the ROI is measured before the sales cycle ended. In other words, digital marketers are jumping the gun to conclude a return of the entire sales cycle by the preliminary result in earlier funnel stage. This research reflected such prevalent conundrum on how digital advertising attributed for business growth – the ‘return’ of digital advertising are being magnified mostly at last stage (ACTION), while overlooking the ‘return’ in prior stages before completing the purchase funnel.

Digital Darwinism: survival of the fittest

‘Survival of the fittest’ theory suggest it is the ability to adapt to the changing environment to survive or become obsolete, i.e. Nokia, Kodak, Blockbuster, to name a few. However, despite tremendous efforts and investments to adapt such evolution there are still examples that failed to achieve expected digital transformation goal. According to McKinsey’s report, there were 70% of $1.3 trillions digital transformations failed, estimated over $900 billions went to waste in 2018. What can we learn from these failures, notably GE, Ford and Procter & Gamle?

Instead of citing Digital Darwinism, which refer technology as the main drive for business growth, perhaps its time to take a step back and shift the perspective to realize that digitalization is merely part and parcel of mankind evolution, echoing Stanley H. Ambrose the anthropology professor that once professed:

The earliest direct evidence of hominid technology dates to 2.5 Ma in the Ethiopian Rift Valley, and around the same time the first members of the Homo genus (of which humans are the latest evolution) began to appear. From prehistoric stone tool inventions, fast froward to 19th century when the computer was first invented, human has been the mastermind of technologies innovation to achieve efficiency at scale. Digital transformation essentially trickle down from the people of the organizations with the right mindset i.e. embrace innovations and challenge the status quo that could shape the culture across the board in aptly adopting technologies that would produce values to the market. Hence it became apparent that digitalization is not the silver bullet for business growth, without the people with the right mindset and culture to drive digital adoption.

What are your thoughts? Has digitalization bring any impact to your organization, and what are your challenge to see it come to fruition? 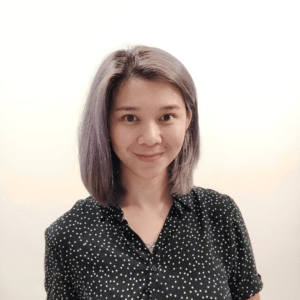